In 2008, a significant landmark occurred in the development of the FIDIC contracts. This was the launch of the FIDIC Design, Build and Operate form of Contract—the FIDIC Gold Book. Major concepts and policies have been adopted by the new FIDIC Rainbow suite. However, still a contract form for brownfield scenarios is missing but in the FIDC pipeline (the future FIDIC “Bronze Book”). 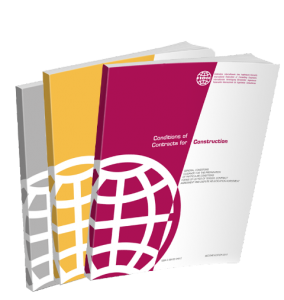 At the annual FIDIC Users´ Conference at London in December 2016 FIDIC has published the Pre-Release of the FIDIC Yellow Book (Plant & Deisgn, Build), 2nd Edition. At that time it was planned to publish the full suite of new FIDIC forms of contract during the first half of 2017.

Already in 2006 FIDIC had established Task Group 6 having been responsible for the review and updating of the FIDIC Rainbow suite of contracts, including the FIDIC Red Book for construction works, the FIDIC Yellow Book for Design and Build and the FIDIC Silver Book (EPC/T). However, it took until December 2017 to publish the 2nd Edition of this FIDIC Rainbow. Also the new Edition was written by engineers for engineers. As usual, consultations with major stakeholders were made before launching the new Edition. The traditional route – Contracts Committee sets out “terms of reference” – TG drafts a proposal in accordance with the “terms of reference” – friendly review – legal review and approval by Executive Committee. The review was made for each book separately and also a review of the dispute adjudication part was done separately and individually.

Reported experiences, advice and comments from the industry, funding institutions and insuring companies and other stakeholders have been taken in consideration. FIDIC emphasizes that user friendliness and fair risk allocation have been maintained.

The new FIDIC Rainbow continues FIDIC’s fundamental principles of balanced risk sharing referring to “best practice” while seeking to build on the substantial experience gained from its use over the past 18 years. For example, this edition provides:

This –new- suite of Conditions of Contract includes general conditions, which are likely to apply to the majority of such contracts. Essential items of information which are particular to each individual contract are to be included in the Particular Conditions Part A – Contract Data replacing the former Appendix to Tender.

In addition, it is recognised that many Employers, especially governmental agencies, may require special conditions of contract, or particular procedures, which differ from those included in the General Conditions. These should be included in Part B – Special Provisions.

FIDIC notes, that the General Conditions and the Particular Conditions (Part A – Contract Data and Part B – Special Provisions) are all part of the Conditions of Contract.

To assist Employers in preparing tender documents and in drafting Particular Conditions of Contract for specific contracts, the new 2017 FIDIC books include

In drafting Special Provisions, if clauses in the General Conditions are to be substituted, omitted or supplemented and before incorporating any example wording, Employers are urged to seek legal and engineering advice in an effort to avoid ambiguity and to ensure completeness and consistency with the other provisions of the contract and the project purpose.

FIDIC Task Group 15 was working on the FIDIC Golden Principles which must be complied with in order to call a contract a FIDIC contract. This complementary guidance as included in the Guidance for the Preparation of Particular Conditions – Particular Conditions Part B – Special Provisions- Introduction should be carefully taken in account.

In 2019 FIDIC has launched the FIDIC Golden Principles, including comments, examples and illustrations.

Each new FIDIC book begins with a series of comprehensive flow charts which typically show, in visual and comprehensive, but not exhaustive form, the sequences of activities which characterise the FIDIC construction form of contract. The charts are illustrative, however, FIDIC advises users that they must not be taken into consideration in the interpretation of the Conditions of Contract.

The new series of books also includes a number of sample forms to help both Parties to develop a common understanding of what is required by third parties such as providers of securities and guarantees.

Moreover, FIDIC considers the official and authentic FIDIC texts to be the versions in the English language.

FIDIC considers the official and authentic texts to be the versions in the English language.

Actually the new FIDIC forms include

It seems that the driving factor when updating the new Rainbow edition was to review and revise the claims´ and dispute concepts and the related wording.

In terms of concepts it is worth to mention that the Employers will in future be subjected to the same constraints and time bars regarding claims as Contractors. Both are treated equally and must give notices and particulars in time, give early warning notices and keep contemporary records.

However, the core element of the new series of contract is an integrated or interwoven claims´ and dispute machinery or claims´ pipeline. A claim which may be a Claim, as defined in the Conditions, or a matter to be determined by the Engineer under the Conditions, or otherwise, which has become a dispute will -as a principle- result in a DAAB decision unless the “claim” was agreed or settled otherwise. The flow and sequence of claim related activities (such as Notice, submission of particulars, consultation, determination, etc.) which are interwoven can be interrupted by inactivity of the claimant. Only an active claimant will be successful. An active claimant will have to supervise the claims´ procedure and must take action by giving a Notice of dissatisfaction even if the Engineer remains inactive and not only if when the Engineer acts to the dissatisfaction of the claimant. Dissatisfied claimants are under the duty to refer the matter to the DAAB without delay or better within given delays. Any delay of a claimant in respect of any claims´ related activity is likely to result in disadvantage and/or foreclosure.

The endeavour was to establish clear definitions in order to avoid debate and disputes. Notice giving in minutes of meeting and/or orally was spotted as source of disputes. Inactivity by the Engineer had been identified to be annoying and causing disputes from time to time. The FIDIC answers are:

Users who intend to establish a supply chain are well advised to continue using the FIDIC 1999 Edition in that the existing FIDIC subcontract as published in 2011 is not fit for use with the FIDIC Rainbow Edition 2017. Also the work on the design and build subcontract will be based on FIDIC 1999. Thus, it is not likely to happen soon that a new subcontract will be available which would be fit with the new series of contract.

The FIDIC White Book, 5th Edition 2017 can be used to hire the Engineer to act as the Engineer under the new FIDIC Red Book or Yellow Book, 2017 Edition. 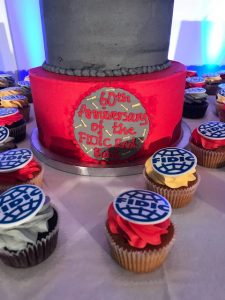 WARNING: the material contained in these notes is a simplified guide to some of the major topics in international and German construction law. It is not intended as a substitute for legal advice on individual transactions, and does not necessarily stand on its own. Whilst the contents are believed to be correct, the authors cannot accept any responsibility for errors or omissions.