At the online FIDIC Users´ Conference 2021 FIDIC has launched the 2nd edition of the Short Form of Contract, better known as the FIDIC Green Book.

The FIDIC Green Book (als referred to as the Short Form of Contract) was initially launched for repetitive and simple works with a relatively small budget and short construction period. In any case it requires since it was launched in 1999 as a 1st edition less administrative capacities and forces as under teh FIDIC Rainbow and it is quite flexible in terms of pricing concepts. The 2nd edition 2021 does not fundamentally change this approach but is manifestly driven by the observation that the initially intended scope of application was probably a bit too narrow and likely to create a gap between the FIDIC Red Book and the FIDIC Green Book. The 2nd edition closes this potential gap by extending the scope of application of the FIDIC Green Book to slightly larger projects with a slightly longer construction period. It will be certainly an interesting option below the 2017 Rainbow Edition (Red, Yellow, Silver). 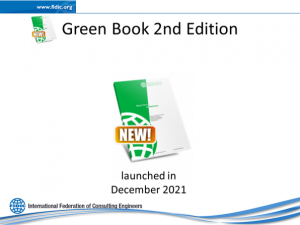 The documents forming part of the Green Book Contract: 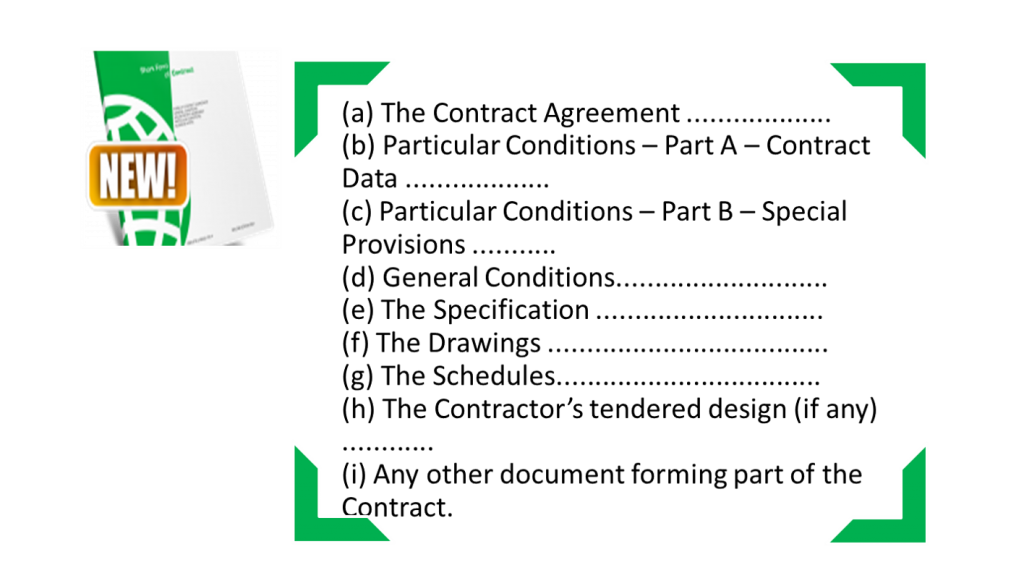 The revised timeline of the FIDIC Green Book looks as follows: 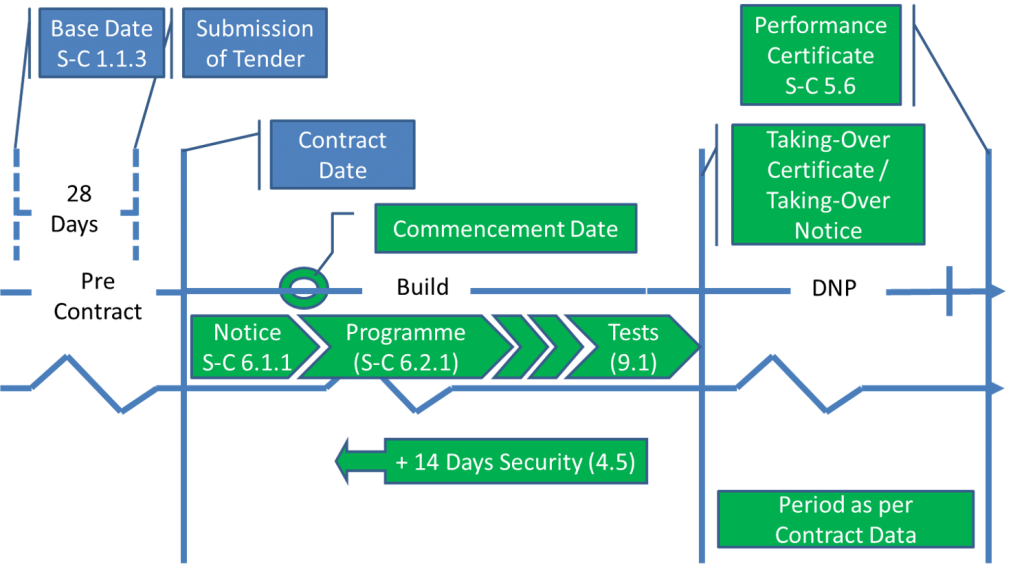 The following cardinal changes are noteworthy:

The 2nd Edition provides users with two distinct contractual routes to handle claims and variations. Both involve the Engineer who shall make a determination regarding the adjustment of the Contract Price and/or Time for Completion, if necessary. 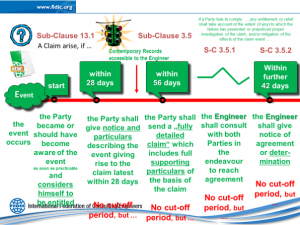 The 2nd edition retains the dispute resolution options form the previous edition, meaning that there is a DAB and a subsequent review of DAB decisions in ICC arbitration. The DAB shall be appointed at early stage as either a standby DAB with or without permanent duties, except that the DAB has jurisdiction to decide on duties.

The new Green Book will be welcome als an alternative contract form for smaller projects, albeit it requires a bit more attention in terms of contract administration than in the past, due to the fact that an Engineer´s role has been introduced on whom the parties confer various powers and authorities.

Yet, it provides for a less sophisticated claims machinery than under the FIDIC Red, Yellow and Silver Book 2017. 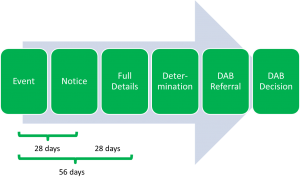 The 2nd Edition includes a revised dispute resolution clause 14. Like under all other FIDIC forms the emphasis is on dispute avoidance, though Clause 14 does not provide in express terms for a Dispute Avoidance and Adjudication Board (DAAB) but merely for a Dispute Adjudictaion Board (DAB). The Green Book Guidance Notes state at Clause 14:

However, if it is felt that a three-member dispute board would be economically viable, then consideration should be given to amending the Contract provisions related to the Adjudicator so as to introduce instead a Dispute Avoidance/Adjudication Board (DAAB). Reference is made to the FIDIC 2017 Suite of Contracts in this respect: for example, the 2017 Red Book.

A three member DAAB would probably be economically viable if the involved budget matches the USD 10 Mio threshold which is mentioned by FIDIC (see Foreword Green Book) as a possible maximum budget threshold for Green Book contracts. However, also Sole Member DAABs are possible. The similarities in terms of procedure and effects of DAB procedures under the FIDIC Green Book with the Rainbow Edition are visible. Also under a FIDIC Green Book DAB members should be familiar with FIDIC concepts and wording as well as with the fundamental principles and methdologies applicable to the assessemnt of claims and the conduct of hearings. Compliance with the maxim natural justice woould be dsirable and much appricated in odrder to avoid discussions on te enforceability of DAB awards. The enforcement of DAB awards has been facilitated like under the Rainbow edition. Still arbitration tribunals must become involved for this purpose. The FIDIC Green Book includes

Unlike the FIDIC Red or Yellow Book the Green Book does not include a separate set of “General Conditions of Dispute Avoidance/Adjuciation Agreement”. 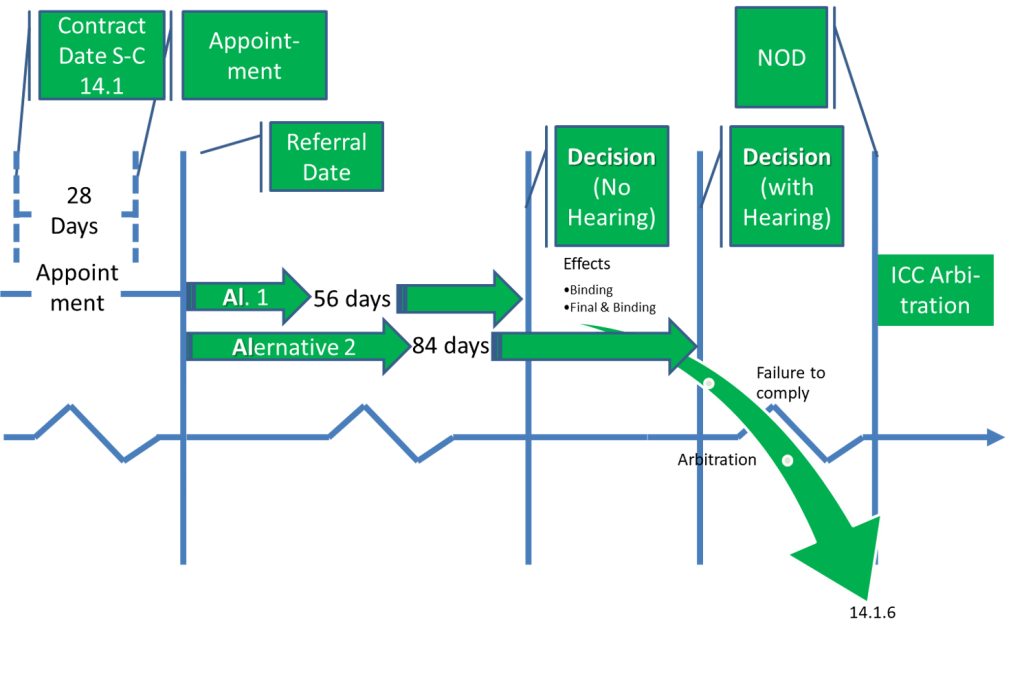 Not very much surprising, the FIDIC Green Book 2nd Edition, unlike its predecessor, does no longer refer to UNCITRAL Arbitration Rules. Instead, Sub-Clause 14.2.2 provides for arbitration in accordance with ICC Arbitration Rules.

Dr. Götz-Sebastian Hök graduated in Law from Göttingen University and is a German solictor registered at the Berlin Bar. He has extensive international project and commercial experience gained while living and working in Europe, the Middle East, Africa and Asia. He has lectured at varous universities. Since 2020 he is the director of the ICAE programme at Leuphana University.